Build an empire that stands the test of time 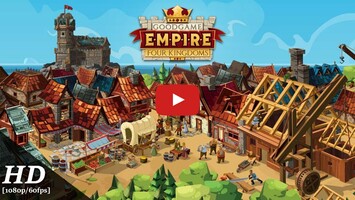 Advertisement
Empire: Four Kingdoms is a management strategy game where players create their own medieval fortress. You construct buildings and recruit soldiers with the aim of defending themselves from enemy attack.

Even though defending your empire from enemy attack is very important, a huge part of what makes Empire: Four Kingdoms interesting is that you can launch your own attacks against other players. To do so you can either attack alone or in alliances forged with other players.

Empire: Four Kingdoms is a social strategy game that, despite its apparent ease, offers hundreds of different events, as well as many exciting moments that players will have to face with the help of their troops.
Reviewed by Álvaro Toledo

When does the architect's schedule appear every other day? 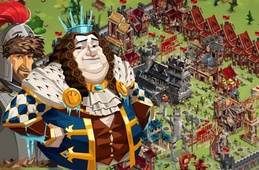 Car Parking Multiplayer
Drive around an extensive map for a realistic parking experience
Clash of Clans
Crush enemies and lead your clan to glory
Bus Simulator Indonesia
Drive a bus through Indonesia with this simulator
Mobile Legends
An excellent, but shameless, League of Legends clone
Vegas Crime Simulator
Try not to get caught breaking the law!
Scary Teacher 3D
Escape the terrifying teacher!
Plants vs. Zombies FREE
The original Plants Vs Zombies, free for the first time
Clash Royale
Clash of Clans characters face off in epic duels

Harry Potter: Hogwarts Mystery
The official Android Harry Potter game
Soccer Kick
Kick the ball as hard as you can
Jewel Athena
Chronicle of Infinity
Plunge into a battle between celestial alliances
Plants Vs Zombies 2
The most enjoyable zombies return to Android
PewDiePie: Tuber Simulator
Become a successful YouTube with the help of PewDiePie
Slash & Girl - Joker World
Try to survive in this world full of bloodthirsty clowns
Million Lords
Explore an infinite world and conquer your enemies